Advertising Week Europe returned for its fifth year in 2017. Advertising Week Europe was a combination of inspiring thought leadership featuring the world's best and brightest with engaging special events that motivated targeted constituencies. #AWEurope drew from the client, media and broader cultural communities with a laser focus on key conversations that shape and influence the global industry.

Daily Debate: The Slogan 'Take Back Control' Has A Con At Its Heart

In The Moment Storytelling

Digital Economy Marketing: How It's Different & How To Be Better

Marketing to the Future: A CMO’s roadmap to Digital Transformation

MAKERS: For The Female Leaders Of Tomorrow


Adobe is the global leader in digital marketing and digital media solutions. Our tools and services allow our customers to create groundbreaking digital content, deploy it across media and devices, measure and optimize it over time, and achieve greater business success. We help our customers make, manage, measure, and monetize their content across every channel and screen.


The Bing Network is more than words and links. It’s a trusted friend and connector — a part of your customers’ life. We’re powering the devices, apps and sites that they use every day, meeting them in the moments that matter most. To be this connected, the Bing Network is mobile, global and local. It's personal, predictive and in the moment. It powers millions of connections so you can put your brand where customers are, where relationships are built, where more sales are closed.


Dennis is one of the most dynamic media companies in the UK. As the 6th largest consumer magazine publisher, Dennis has transformed its business from its traditional print publishing roots to a true multi-platform, award-winning media company, with a group turnover of over £115m.

The company’s portfolio of over 30 brands, operates in four areas of excellence: Current Affairs, Technology, Automotive and Lifestyle, reaching over 50million unique users and selling over 2.5million magazines every month.

Dennis is run for the benefit of the Heart of England Forest Charity. For more information go to www.heartofenglandforest.com

ESI Media is an innovative multichannel media business, with a cross-platform reach of 23m adults in the UK. Our brands include the London Evening Standard, The Independent and London Live. The London Evening Standard is read by over 1.6m people every day, The Independent is visited by over 95m global unique users each month and London Live has a growing audience reaching a million Londoners every week. Our portfolio offers advertisers quality content and audiences and we are flexible and innovative in finding new ways for advertisers talk to our audiences.


Founded in 2004, Facebook’s mission is to give people the power to share and make the world more open and connected. People use Facebook to stay connected with friends and family, to discover what’s going on in the world, and to share and express what matters to them.


Google’s mission is to organize the world‘s information and make it universally accessible and useful.

Since our founding in 1998, Google has grown by leaps and bounds. From offering search in a single language we now offer dozens of products and services—including various forms of advertising and web applications for all kinds of tasks—in scores of languages. And starting from two computer science students in a university dorm room, we now have thousands of employees and offices around the world. A lot has changed since the first Google search engine appeared. But some things haven’t changed: our dedication to our users and our belief in the possibilities of the Internet itself.

Our Performance solution is powered by sophisticated segmentation, scoring and targeting of users, equalling improved effectiveness and efficiency. We also deliver advanced Brand solutions like TV Sync and Social Sync.


At Bauer Media we are home to more than 80 influential media brands with millions of personal relationships with engaged readers and listeners. Our multi-platform brands spanning magazines, radio, TV and digital reach over twenty two million UK adults.

Although we are one of the leading and trusted media partners, we are never afraid to try something new and are widely recognised and rewarded as being industry innovators. Some of our infamous brands include Grazia, Closer, Parkers, Empire, Magic, KISS, Key 103, Planet Rock, Radio Clyde, Kerrang!, Q, The Box, 4Music and Absolute Radio.

Here at Bauer we have a very clear vision; to connect audiences with excellent content through our multi-platform brands whenever, wherever and however they want.

Our vision is only achieved through the passion, creativity and dedication of our people. Whether they’re working behind the mic, creating the next hot off the press article or working tirelessly behind the scenes, every one of our employees is passionate about making a difference and is truly integral to our success.

We’re obsessed about our brands and relentless about going the extra mile to delight our audiences and customers alike.

Cheetah Mobile completed acquisition on News Republic in June 2016,it's a global mobile news service operator. Cheetah Mobile also launched a live streaming app Live.me,which has became one of the most popular social apps among youths in US.


Hearst Magazines UK, Hearst Corporation’s principal business in the UK, is one of the UK’s leading media companies with 20 magazine brands and 20 digital assets. 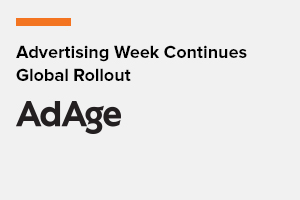 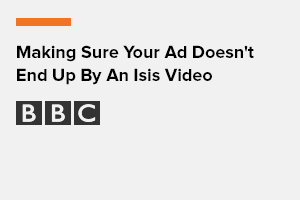 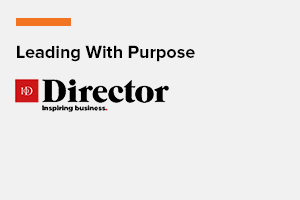 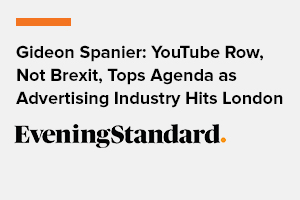 More than just a calendar, the Guide is a valuable resource full of proprietary articles that will get you up to date and prepared for the biggest topics at #AWEurope. You can also get to know our partners, who’s who on the Advisory Council, and more!