Matt has contributed to the growth of online advertising since its commercial inception in the early 1990s. He first founded the online media practice at BBDO (now part of Omnicom) in 1994, later became CNET’s first New York Regional Sales Manager, and then led sales on Sesame Workshop’s digital launch team. In 2011, he unified the global media and data buying practices at [x+1] (now part of Sizmek). And in 2013, Matt became the Programmatic Advertising Director for The New York Times, where he led more closed deals in programmatic direct sales than any publisher during his time there, as part of the first global team integration for programmatic selling and operations.

As head of Prohaska Consulting since 2014, Matt, with a leadership team of 10 executives and a network of more than 500 senior executives in 45 cities across the globe, works with CEOs, CROs, COOs, CFOs, and CTOs to drive revenue and/or reduce costs on a strategic and/or tactical level by improving sales, marketing, operations, product, and/or tech.

In four and a half years, more than 275 clients – including top organizations such as AT&T, Under Armour, The Trade Desk and Toyota – have chosen Prohaska Consulting for a variety of services, including strategic guidance, project leadership, training, and/or operating street teams. The firm has also trained more buyers and sellers of programmatic advertising globally than any other independent organization. 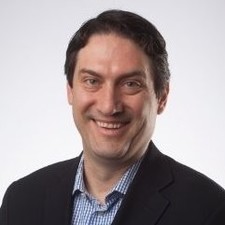 Perception vs Reality: All clicks are created equally

Perception vs Reality: GDPR is not my problem