David Shing, aka Shingy, is Oath’s Digital Prophet. He spends most of his time watching the future take shape across the vast online landscape. The rest he spends talking to people about where things are headed and how we can get the most out of it.

Shing has spent most of his adult life in the digital world working for both large and small creative companies globally, while also co-authoring several technology related patents. He served as AOL’s European Head of Media and Marketing before taking on his current mantle in New York City.

While his job as prophet has never given him cause to carry a staff or wear a robe, he does give in to the occasional pair of sandals. 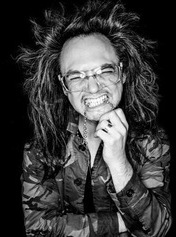