Christine Fruechte is CEO of Colle McVoy, a creative agency that leads brands to what’s next. She is nationally recognized for transforming the agency, helping it achieve record growth and industry distinction while being named a best place to work by Outside magazine, Ad Age and the Star Tribune.

Christine is a sought-after speaker and resource for national media, including The New York Times, The Wall Street Journal, the Huffington Post, Ad Age, Bloomberg and NPR. She has been profiled in the Corner Office column of The New York Times and has been recognized as a Woman to Watch by Ad Age and the Minneapolis St. Paul Business Journal, and a Most Admired CEO by the Minneapolis St. Paul Business Journal. She was most recently honored by the 4A’s as one of 100 People Who Make Advertising Great.

A nationally recognized industry leader and daughter of a psychic entertainer, Christine knows that the best way to predict the future is to create it. 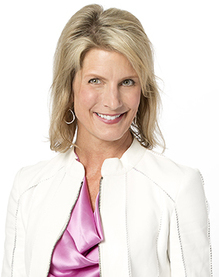