Scott Howe is the CEO of LiveRamp (NYSE: RAMP), a software-as-a-service (SaaS) company that provides the identity platform for powering exceptional experiences. LiveRamp is the largest provider of identity resolution services, serving more than 1,000 companies across a broad range of sectors including brands, agencies, technology vendors, data providers, and publishers.

From 2011 to Sept. 2018, Howe served as CEO and president of LiveRamp’s former parent company, Acxiom—a technology and services company dedicated to providing the data foundation for the world’s best marketers. Throughout his tenure, Acxiom won countless industry awards and accolades, including recognition for the industry’s Best Innovation, Partner of the Year by the one of the world’s largest financial services companies and Supplier of the Year by the world’s largest retailer. In 2014, Fast Company named Howe one of the world’s Most Creative People.

Before taking the reins at Acxiom in 2011, Howe held executive roles at Microsoft and aQuantive, where his teams built the world’s largest digital agency (Avenue A|Razorfish); pioneered people-based media buying (DRIVE Performance Media, aka the Microsoft Media Network); and developed the systems utilized for ad serving and attribution (Atlas International). He began his career at The Boston Consulting Group and Kidder, Peabody & Company, Inc.

When he’s not helping LiveRamp deploy the world’s most advanced and trusted offline and digital identity resolution technologies, Howe can be found serving as scout master for Troop 28 in Burlingame, Calif., canvassing the country in his refurbished 1956 vintage Airstream trailer or designing and building furniture in his garage workshop. A native of Milwaukee, he is a proud fan and part owner of the Green Bay Packers. 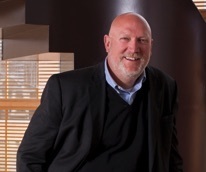