With 27 years in the film business, Mia Bays has produced an Oscar winner, received two BAFTA nominations, including for the prestigious Carl Foreman award, and has worked all over the world as a creative producer, distribution and sales expert and workshop leader. Her most recent award winning feature film was LETTERS FROM BAGHDAD.

Mia runs UK and International workshops for bodies, such as the London Film School, the UK Film Distributors Association, training all over the world on subjects across the value chain from filmmaking to distribution/marketing. Mia is the Festival Producer of Sundance: London, the and is currently running FILMONOMICS with support from Creative Skillset and the BFI.

She is a BAFTA and European Film Academy member, is on the BIFA advisory committee has recently become the Director-at-Large for Birds’ Eye View Film, in order to continue running its workshops, promotions and champion work by, for, and about women. 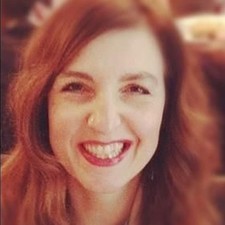