Dan Barasch is Co-Founder and Executive Director of the Lowline, an effort to build the world's first underground park via cutting-edge solar technology. He formerly led strategic partnerships at PopTech; held several strategy, operations, and marketing roles at Google; and worked in small business development within New York City government. Dan has also consulted for UNICEF in Nairobi and the 9/11 Survivors’ Fund in Washington DC. He began his career producing international affairs programming at the World Affairs Council in San Francisco, where he co-produced the weekly NPR show “It’s Your World.” 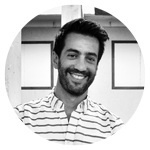