Featuring eight short stories by engineers, craftsmen, artists, actors, musicians, entrepreneurs, architects, chefs, and filmmakers; those who have birthed an idea and evolved it from a concept to production.

A celebrated hacker and engineer talks about getting a U.S. president elected and building a successful technology company.
Harper Reed Hacker & Engineer

A Poetic Voice tells the story about building a business through the power of creativity.
Sekou Andrews Owner, TheSekouEffect.com

Founder of The Lowline - an underground park in Manhattan’s lower east side - discusses the challenges of bringing the big idea to life.
Dan Barasch Co-Founder, The Lowline

Famed street artist shares insight into what inspires his work and how he grows his brand in the hyper-competitive art world.
Bradley Theodore Street Artist

A fiction writer and journalist shares what it takes to bring a story to life on the day her third book, Die Again Tomorrow, is released.
Kira Peikoff Author 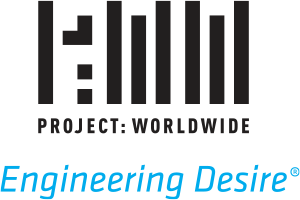