B. Bonin Bough is Vice President of Global Media and Consumer Engagement at Mondelēz International. In this role, Bough is responsible for all forms of media, including leading and developing the partnerships, internal capabilities and strategies across all forms of consumer connections, including digital, TV, print and outdoors. Since joining Mondelēz International, Bough has been the driving force behind Mobile Futures, a first-of-its-kind program that partners the company’s brands with leading mobile startups. He has also played an integral role within the teams behind OREO Daily Twist and the OREO Super Bowl commercial and real-time activations. Bough has been recognized as one of business’ hottest rising stars in lists that include Fortune’s 2011 40 under 40”, Fast Company’s 2011 100 Most Creative People in Business, Ebony’s Power 100 and The Internationalist’s 2012 Internationalists of the Year. In 2013, he was inducted into the American Advertising Federation’s Advertising Hall of Achievement.

Prior to joining Mondelēz International, Bonin spent three and a half years at PepsiCo where he oversaw company-wide digital strategy and the implementation of social media tools across PepsiCo’s portfolio of food and beverage brands. Bough was instrumental in integrating digital media into PepsiCo's overall brand vision and growth strategy, helping to make them one of the most innovative companies in the world as recognized by Fast Company in their 2011 “Most Innovative Companies” issue. He is credited with bringing PepsiCo to SXSW and helping launch the groundbreaking PepsiCo10 and Pepsi Refresh programs, as well as creating Gatorade Mission Control and the Women’s Inspiration Network.

Previous to his work with PepsiCo, Bough was the Executive Vice President and Director of Weber Shandwick’s global interactive, social and emerging media practice, leading a global team of over one hundred people. He led strategic programming for the agency’s top clients, including MasterCard, Federation of Colombian Coffee Growers, BestBuy, Electrolux, Ambien, MAC Aids Fund, and Honeywell. Prior to this, Bough was a founding member and Senior Vice President at Ruder Finn Interactive (RFI) where he ran the interactive strategy unit and led the roll-out of the Europe and Asia digital practices.

Bough’s achievements in the world of interactive marketing have won him numerous awards, including a Webby, Stevie, Golden Pencil, Sabre, Big Apple, Com Arts, and SXSW Viewer's Choice for MrPicassoHead.com. Bough also taught for five years at NYU’s Center for Publishing, leading courses on the principles and applications of online publishing. He is the co-author of the 2010 book Perspectives on Social Media Marketing, and is a board member of the Mobile Marketing Association’s Executive Marketing Advisory Board, the Digital Collective and the Social Media Advisory Council. Bough attended Hartwick College, earning degrees in Physics and Political Science. 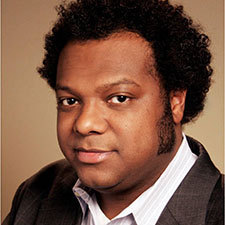 Storytelling in the Age of Social, Mobile & Video