Lisa Targett is UK General Manager of TRIBE, the new online marketplace that connects brands with everyday micro-influencers via a self-serve app.

Founded in Australia in September 2015, and launched in the UK in April 2017, TRIBE has connected 3,000 brands with 16,000 influencers generating 125,000 pieces of branded content globally. UK clients include Unilever, Canon, HSBC and Bumble.

Lisa joined TRIBE from Mail Advertising, based in Australia and moved to UK with the publisher in early 2016. Previously Lisa worked at Nine Entertainment Company (NEC) – Australia’s leading commercial TV network, where she won Microsoft’s Campaign of the Year for Netflix’s Australian launch. 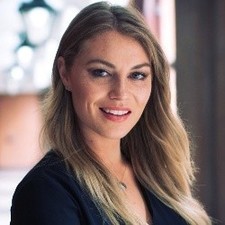 A New Customer Experience with AI