Trinny Woodall, founder and CEO of the disruptive beauty brand Trinny London, has had a successful twenty-year career in the media. She established herself as a fashion advisor, initially as a columnist for The Daily Telegraph, and later as a co-host for What Not to Wear and The Trinny and Susannah makeover shows, filmed across 20 countries.

Trinny has spent her career helping people find their most flattering styles, the best skincare, and perfectly matched, foolproof makeup. In 2017, she founded the beauty brand, Trinny London. Now nearly three years old, Trinny London has won countless beauty awards and is sold online in over 65 countries. It was recently listed as one of the fastest growing businesses in Britain.

Notorious for her honest and authentic advice, and inspired by her intrinsic desire to empower and communicate with women, Trinny has carved out a unique voice and has built an incredibly loyal community through both her personal and brand audiences. 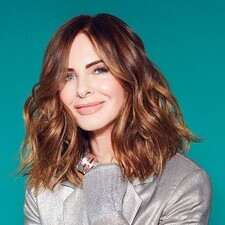