Jessie Ware is an award winning English singer-songwriter, podcaster and author. With over a million albums sold worldwide and BRIT/Mercury nominations under her belt, Jessie has just released her highly anticipated fourth record ‘Whats Your Pleasure’ which charted at no3 in the UK album chart.

Last year, Jessie won ‘Best New Voice’ at the Audio Production Awards for her hugely successful podcast ‘Table Manners' that she hosts alongside her mum, Lennie. Hilarious and hugely lovable ‘Table Manners’ has hit over 14 million listens since launching in 2017 and continues to top the iTunes podcast chart series after series." 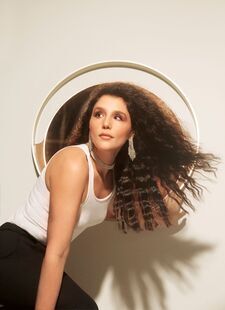