Born in Japan but raised by her single mum in north London, she's always had to fight that little bit harder. And she recently signed with Dirty Hit, partially because of their track record around sustainability, with eco-friendly touring and merchandise top of their agenda.

Rina has been working on new music with her regular collaborator in London Clarence Clarity, and in LA with the likes of Bram Inscore (Troye Sivan), BloodPop (Lady Gaga), Nate Company (Carly Rae Jepsen) and Nicole Morier (Britney). 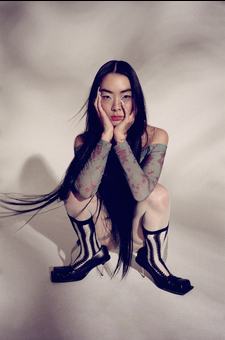