Shil Patel is the Chief Commercial Officer of Wavemaker in the UK (formed by the merger of MEC and Maxus in 2018).
He joined Wavemaker (previously MEC) in 2005 as Financial Controller MEC Interaction UK and then, in 2008, he was promoted to Commercial Director. Shil has been in his current role since January 2019.
As Chief Commercial Officer, Shil is responsible for leading the agency’s Commercial, Finance and Legal functions. Shil and the Commercial Team support all areas of the business to help drive growth for both the business and its clients.
Shil has held several positions in the media industry throughout the course of his career, namely at ZenithOptimedia and has also worked as a Business Consultant at Habitat Group (Retail). 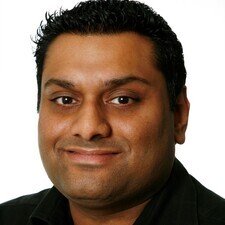