Doug Ray holds dual roles within dentsu as Chief Product Officer, Americas and Chief Product Officer, Global Media. In his global role, Doug is accountable for integrated media products with an increased focus on global commercialization. In his Americas role, Doug works across dentsu Americas’ Creative, Media and CXM service lines to incubate and innovate new product and service solutions.
Prior to that, he was CEO of dentsu Media and dentsu’s first President of Product and Innovation. Where he led the development and implementation of dentsu's product suite, including the integration of Merkle's M1 platform, which now underpins dentsu's entire media organization.
Previously, Doug was CEO of Carat U.S. He led Carat’s transformational growth as the agency more than doubled its revenue by partnering with some of the world’s most iconic brands. Doug also served as Carat's first Global President, during which Carat received numerous industry awards as one of the leading media agencies. 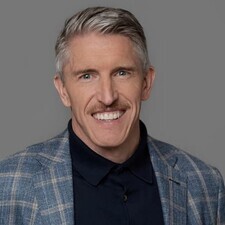 Moving the Unmovable in the Advertising Ecosystem​