Arianne launched Sweet Defeat with the mission to help millions of people lead healthier lives by eating less sugar. More than an incredible product; Sweet Defeat is the key to making better, healthier food choices and achieving a low sugar lifestyle. 2018 has been an incredible breakout year with exponential sales growth and media attention from outlets such as the Washington Post, Goop, and BuzzFeed. Arianne brought the product from concept to market by leading product branding and design; building an all-star team; securing patents, trademarks and clinical studies; building a supply chain of manufacturing partners; and selling into retailers. Prior to Sweet Defeat, Arianne invested in renewable energy assets across North America as part of the principal investing team at Google and held a diverse set of roles in strategy and finance during five years at JPMorgan. She holds an MBA from Columbia Business School and a B.A. in Economics from the University of Michigan where she was the captain of the Varsity Track and Cross Country teams, which won several national titles. She is an Olympic trials qualifier and has run sub three-hour marathons, finishing 33rd female in the 2008 NYC Marathon. Arianne is a Certified Health Coach and resides in New York City with her husband. 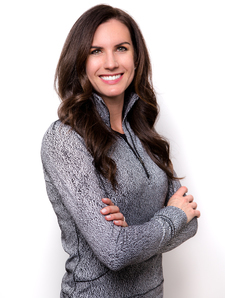