Henrik Werdelin is the co-founder of BARK, where he leads design, content and product development. He is also founding partner of Prehype, a venture development firm headquartered in New York with offices in London and Copenhagen.

For more than 15 years, Henrik has been involved in a range of successful startups and corporate incubations as either founder, investor or advisor. Previously, Henrik served as Entrepreneur in Residence at Index Ventures and ran product development for MTV International. At MTV, he spearheaded the development of many of the company’s award winning innovative digital products.

Henrik has been featured on Fast Company’s ‘Most Creative People’ list and Business Insider’s ‘Silicon Alley 100’ list. Originally from Denmark, Henrik lives in Brooklyn with his wife, son, and yellow lab, Molly. 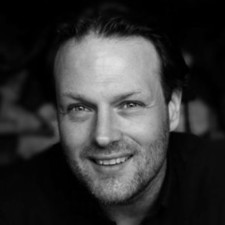