As Ampersand’s CEO, Nicolle Pangis and her team are working to build a smarter, more effective television ecosystem by partnering with and empowering brands to seamlessly connect with audiences wherever and whenever they watch content.

Nicolle previously served as Global Chief Operating Officer at GroupM’s [m]PLATFORM where she was responsible for global product management, strategic partnerships and technology development across the largest media investment management organization in the world.

Prior to [m]PLATFORM, Nicolle was a central figure in the success of Xaxis, a pioneering programmatic digital media business, serving first as Global Chief Revenue Officer, followed by Global Chief Operating Officer. During her tenure as CRO, Xaxis grew revenue to over one billion dollars. As Global COO she oversaw product and technology development, business operations, human resources and strategic partnerships. Key highlights include leading the audience data activation platform and launching the company’s machine learning technology. She also played an instrumental role in the sale of Open AdStream to AppNexus.

Prior to Xaxis, Pangis was the President of 24/7 Real Media where she led the company’s business in North America and Europe. Earlier at 24/7 she served in the roles of VP, SVP and EVP, Global Media and Technology Product Management, with responsibility for the overall health and growth of the global business. In these roles, she drove the evolution of one of the industry’s most significant publisher technology platforms and the development of the first global data management platform suite for agencies. She also led the deployment and integration of the joint venture partnership between WPP and Dentsu across Asia.

A recognized leader in the media industry, Nicolle is a member of the Ad Council Board of Directors, and has been named to the Adweek 50 list, AdAge’s 40 Under 40, Business Insider’s 30 Most Powerful Women in Mobile and Crain’s 40 Under 40. She has been honored as a Working Mother of the Year by both Working Mother Media and Advertising Women of New York. She is also a proud Girl Scout Troop leader.

Nicolle received her bachelor’s degree in communication from Boston University and her MBA in strategic management and marketing from Rutgers University. 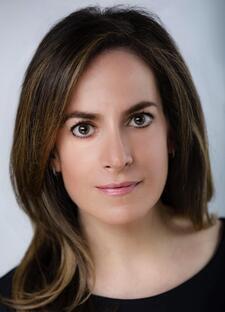 In the News with Nicolle Pangis, Ampersand