From the Super Bowl to Broadway’s biggest brands, Damian has worked on some of NYC’s most epic events. In 2001, he founded Situation – a digital agency that is best known for helping brands build passionate communities through digital-first marketing strategies.

Over the years, Damian has worked with some of the world’s leading brands including Stoli Vodka, The Metropolitan Opera, HBO, Major League Soccer, National Geographic, and The Ad Council. His agency has also been honored with numerous workplace awards and Damian himself was honored by Cynopsis with the Social Good Leader of the Year and HR Visionary of the Year awards.

Outside of Situation, Damian acts as a speaker and thought leader, and has organized one of the longest running TEDx events—TEDxBroadway. He also passionately invests in arts education and community involvement—most notably through the 501(c)(3) corporation he founded, Situation Project. 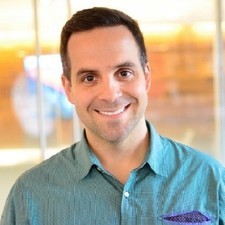 How Creativity Can Shape Communities