He hosts the TV show The Capital Conversation on London Live and is an experienced event host. Michael has interviewed leaders from the worlds of business, sports, politics and entertainment. These include Wholefoods founder John Mackey, lastminute.com founder Baroness Martha Lane-Fox, and L&G’s Dame Helena Morrisey; Olympic gold all-stars Jessica Ennis-Hill and Lord Coe; from politics then Prime Minister David Cameron and London Mayor Sadiq Khan; and the singer will.i.am.

He is Honorary Professor of The Purpose Economy at the University of London and a columnist for City AM.

Michael is a Co-Founder of StartUp Britain the national initiative for early-stage enterprise, which is fully supported by HM Government.

He was awarded an MBE for services to enterprise promotion, entrepreneurship & education. 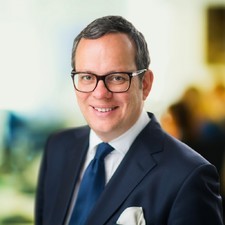 The Business Revolution for Inclusion