RICHARD E. GRANT (Jack Hock in CAN YOU EVER FORGIVE ME?) made his film debut in Bruce Robinson’s classic British comedy WITHNAIL AND I and the rest, as they say, is history. He is multi-talented; an actor, writer, director, raconteur, and not to mention - a successful entrepreneur after the launch of his award-winning perfume Jack in 2014. His talent and versatility has enabled Grant to have a long, distinguished and varied career achieving recognition in both Hollywood blockbusters and smaller independent films with titles including L.A. STORY, THE AGE OF INNOCENCE, DRACULA, HOW TO GET AHEAD IN ADVERTISING, BRIGHT YOUNG THINGS, GOSFORD PARK, PORTRAIT OF A LADY. More recently he played Dr. Zander Rice in the critically acclaimed film, LOGAN and Disney’s THE NUTCRACKER AND THE FOUR REALMS. Multiple nominations for CAN YOU EVER FORGIVE ME? including the Golden Globe, BAFTA and Oscar for Best Supporting actor opposite Melissa McCarthy 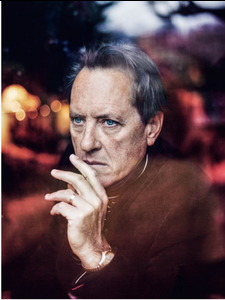