Selma Nicholls, Founder and Casting Director of Looks Like Me casting agency, redefines
beauty by raising the profile of underrepresented groups featured in the arts, fashion and the
advertising world. Selma was the Casting Director for advertising campaigns including
Tesco, Sainsbury’s, Warner Music, Nickelodeon, Costa, Heathrow, George Asda, LEGO and
additional casting for Brown Skin Girl part of #BLACKISKING a film by Beyonce on Disney
Plus. As a global public speaker, Selma demonstrates the importance of representation in
casting and content and was Guest Speaker in 2019 for Utopia at Coca Cola AEP & Google
and Rare Global in London & Tokyo. 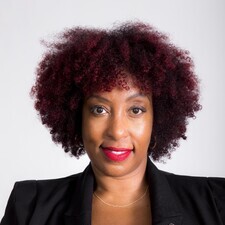 The great reboot: 'Show us what amazing looks like'