Impactful ideas can change the way people interact and engage with politics, government and public services, and has the power to inspire people to work towards improving the quality of life in a community through civic engagement.

The Civic Engagement category at the D&AD Impact Awards celebrates projects that democratize power and promote transparency and accountability; enabling citizens, and creating positive impact at local, national and international levels. Winning work in the Civic Engagement category is exemplary in creating opportunities or platforms for people to communicate with government offices; educating people on their civil liberties and government legislation; encouraging people to take part in active citizenship and to use their right to vote; projects or campaigns that promote public safety and health.

At the 2016 Impact Awards, civic engagement was represented in many different forms. Winner of the Wood Pencil, “Taking Aim at Corporate America” turned one of the world’s largest grocery chain’s own rules against them to put gun laws in a different perspective. Moms Demand Action for Gun Sense in America (MDA) teamed up with Grey Canada for the campaign which sought to shame Kroger grocer using their own gun policies to call attention to growing concerns that American gun laws allow people to carry loaded guns in stores. 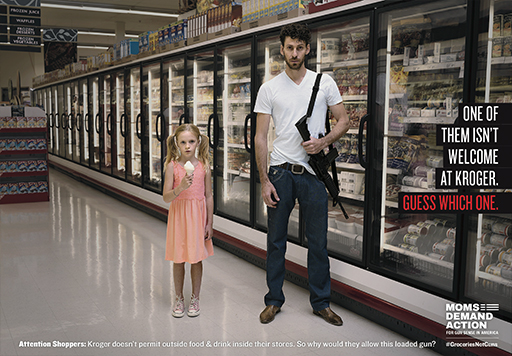 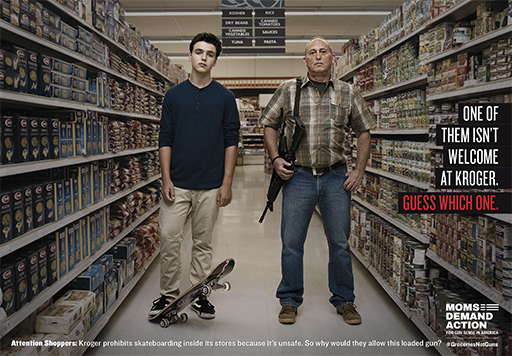 The campaign began with a series of ads showing armed shoppers standing next to customers breaking Kroger’s store policies, with the caption, “One of them isn’t welcome at Kroger. Guess which one.” The result? 360,000 petition signatures and the momentum to make actionable impact about gun safety laws. Learn more about the campaign here, along with other Civic Engagement award winners from the 2016 D&AD Impact Awards.

Have a project or initiative that seeks to impact the world through civic engagement? Learn more about the Civic Engagement category, other Impact categories, and how to enter to win a D&AD Impact Award during Advertising Week New York this September.