Keely Cat-Wells is an Entrepreneur and Disability Activist dedicated to making social, systemic, and economic change. As the CEO and Founder of C Talent and Zetta Studios, Keely has been named a Forbes 30 Under 30 Europe Entertainment 2021 honoree, Diana Award winner, Aerie Changemaker, appointed as an Advisory Board Member to Lady Gaga’s Born This Way Foundation, and awarded by the Los Angeles Lakers as a Comerica Bank Woman of Entrepreneurship. Keely is a Forbes Contributor and has spoken as a Disability Subject Matter Expert for companies and organizations including, The LEGO Group, United Nations, Google, UCLA, Comcast NBCUniversal Xfinity, Vidmob, India National Ability Summit, No Barriers USA, Toronto International Film Festival, Cannes Film Festival, and Virgin Media’s Ultraviolet event among others.

Keely founded her first company at a young age during her time in hospital, which developed into C Talent. C Talent is an award winning talent management company that represents high-profile Deaf and Disabled talent. C Talent’s goal is to change the way the world views and defines disability utilising the massive reach and power of the entertainment, advertising and media industries. C Talent works to place disabled talent into all roles, not just disability-specific roles – normalising disabled people being experts in subjects beyond disability. C Talent also provides Disability & Access consulting for many companies and organisations, current and previous consulting clients include; Virgin Media, International Paralympic Committee, adam&eveDDB, NBC, The LEGO Group, and Microsoft to name a few. In 2021 C Talent was commissioned by Cannes Lions International Festival of Creativity to create content for LIONS Decoded, a one-day broadcast of live and on demand content and insights, deconstructing the highest-ranked creative work in the world. After noticing the lack of access in the entertainment industry, Keely formed Zetta Studios which is set to be the world’s first-ever studio to be fully accessible, designed with disabled people in mind.

C Talent is proud to represent artists such as CJ Jones, who has worked on films such as “Baby Driver” and the “Avatar” franchise, Guinness World Record holder Zion Clark, interabled couple Cole and Charisma who are lifestyle YouTubers with 600k subscribers, Marsha Elle, who was a Playboy cover model, Drag Syndrome, the world’s first drag troop featuring drag Queens and Kings with Down Syndrome who has worked with Vogue, RuPaul’s DragCon, and Hulu. In addition, Danny Murphy, who starred in “The Parts You Lose” (2019) alongside “Breaking Bad’s” Aaron Paul, Tatiana Lee, who has modeled for brands such as Apple, Target, and Zappos, Imani Barbarin, otherwise known as ‘Crutches and Spice’… and many more!

C Talent serves as a founding member of #WeThe15, a campaign being called the largest human rights movement in history – that aims to transform the lives of the one billion disabled people globally. Other founding members include; The International Paralympic Committee, United Nations, International Disability Alliance, Invictus Games, Global Goals and 14 more incredible global organisations. 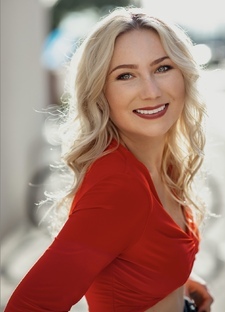 Representing, Activating and Creating A Community of Belonging for the Largest Minority in the World