Tom is Senior Partner, Design at Lippincott based in Lippincott’s New York office.Tom is a driving force behind our creative brand and digital efforts, bringing deep creative and digital expertise across four continents with some of the world’s best and brightest brands.

With an extensive design, digital and innovation background, Tom is one of the industry’s most progressive and versatile creative leaders. A rare cross- breed of brand leader and digital entrepreneur, Tom has been trail-blazing what’s next at the cross roads of creativity and technology for over 20 years.

From NFT start-ups to FMCG, Tom’s experience in making what’s next knows no boundaries—including creating some of the world’s most recognizable products, services and experiences such as Bud Light Seltzer, Coach Poppy, The Weather Channel App and I Went to MoMA and, to name a few.

Tom is an advisor to start-ups and he’s a regular presenter on the subjects of using culture and creativity to drive impact. CES and MoMA have featured his work, and Creativity Magazine has added his name to their prestigious top 30 Under 30 list.

Before joining Lippincott, Tom held several management posts in disruptive and strategic agencies, including Vivaldi Group where he was most recently Global Chief Creative Officer. Tom’s business track record boasts building and selling two digital agencies including POKE — one of the world’s most WEBBY awarded agencies during his tenure.

When he’s not inspiring creativity at Lippincott, Tom can be found in the hills of Connecticut where he’s remodeling a 220-year-old farmhouse, riding his mountain bike, or generally outdoors with his family. Tom holds a Bachelor’s Degree in Communications and Advertising from Marist College. 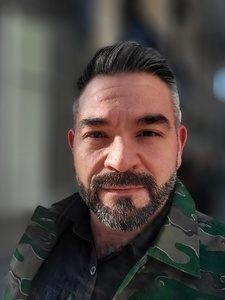