As Chief Creative Officer at VaynerMedia, Rob Lenois oversees the agency’s global creative product across the offices in New York, Los Angeles, London, Singapore and Mexico City. Rob is bullish on creating culturally relevant creative that is impactful and further drives the client’s business. Since joining VaynerMedia, Rob has transformed the agency’s creative product which has resulted in producing the most-talked about Super Bowl spot for Planters, the award-winning “The Future Official Sponsor” campaign for Budweiser, and the culturally relevant “Mess We Miss” film with Pepsi.

Prior to joining VaynerMedia, Rob was Deputy Chief Creative Officer of Grey New York, where he was responsible for creating business-driving, award-winning work for clients such as Volvo, Febreze, Hasbro and Darden Restaurants. Under his leadership, the agency was awarded its first-ever Grand Prix Lion, Titanium Lion and Creative Effectiveness Lion at the Cannes Lions International Festival of Creativity. 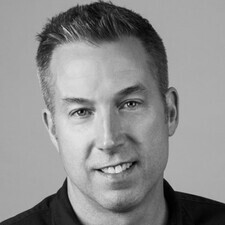