Stephen serves as Chief Marketing Officer of Metro-Goldwyn-Mayer Studios Inc, (MGM) where he oversees global marketing and brand strategy for MGM features and series, including for The Addams Family 2, the 25th James Bond film No Time To Die, House of Gucci, Licorice Pizza and Cyrano, as well as The Handmaid’s Tale, Fargo and the upcoming Vikings: Valhalla series.

He previously served as VP of Creative Marketing at Netflix, overseeing the global teams who conceptualized, created and executed on the positioning and promotion of Netflix Originals across all verticals. This encompassed series (e.g. Stranger Things, 13 Reasons Why, Orange is the New Black, The Crown, Narcos, etc), feature films (e.g. Bird Box, To All the Boys I’ve Loved Before, etc), documentaries and unscripted (e.g. Wild Wild Country, Making a Murderer, Queer Eye, etc) and comedy specials.

A veteran entertainment marketing executive, Stephen had previously been with The Weinstein Company, Miramax Films and HBO. 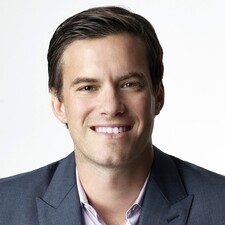