Eben Novy-Williams is a business reporter and podcast host based in New York City. Prior to joining the initial staff at Sportico, he spent ten years covering the intersection of money and sports at Bloomberg News. His writing has appeared in newspapers and magazines across the country, including the New York Times, Bloomberg Businessweek and the Chicago Tribune. He co-hosts Sporticast, which launched in January 2021. 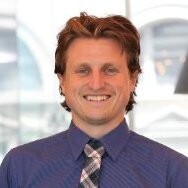