Jason is Co-founder and CEO of Blockgraph, a joint venture between three of the world’s largest TV companies. Blockgraph is focused on bringing secure data-driven advertising capabilities to the TV marketplace. Since its formation within Comcast Advertising in 2017, Jason has led Blockgraph’s expansion from an industry initiative to its establishment as a jointly-owned, indus-try-leading global data collaboration platform.

Prior to his current role, Jason held a variety of strategy and operations positions at FreeWheel (a Comcast Company), Aol and Viacom Media Networks. Before joining the media industry, Ja-son was a member of Accenture’s management consulting practice.

Jason holds a BBA from the Ross School of Business at the University of Michigan. 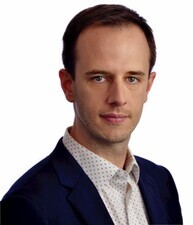 The TV Data Initiative: How Data Can Become a Driver of Growth and Innovation