Among her many contributions, Stephanie has been the driving force behind WWE’s women’s evolution, which has given female performers an equal share of the spotlight both in and out of the ring. Prior to being named Chief Brand Officer, Stephanie was EVP, Creative and was the first woman to lead WWE's Creative Writing, Digital Media, Talent Relations, Talent Brand Management and Live Events businesses.

Stephanie was named a Stuart Scott ENSPIRE Award Honoree at the 2017 ESPN Humanitarian Awards. Adweek has included Stephanie in their list of the Most Powerful Women in Sports for the past four years and a 2019 Brand Genius honoree. Stephanie was also named to Forbes’ World’s Most Influential CMOs report in 2019. 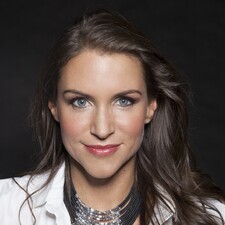 WWE: Ahead of the Curve