Nick Brien leads Amobee as the company’s Chief Executive Officer, where he drives the organization’s global strategy, and champions Amobee’s mission to offer its partners and clients an invaluable competitive advantage through Amobee’s technology that optimizes holistic media performance.

Most recently, Brien was Chief Executive Officer of The Americas for Dentsu International, leading 15,000 people across 40 operating units that served some of the world’s largest advertisers, such as Microsoft, Intel, General Motors, Anheuser-Busch, P&G and American Express. With more than three decades of worldwide experience across advertising, media and digital marketing, Brien has been committed to creating the most innovative and accountable solutions for brands that deliver the greatest business impact.

Nick is an avid supporter of JDRF, a nonprofit 501 organization that funds type 1 diabetes research, is an active conference speaker, prolific traveler, and a passionate advocate for equality and authenticity in all matters personal and professional. Nick received his undergraduate degree in marketing and business studies from University of the Arts London. 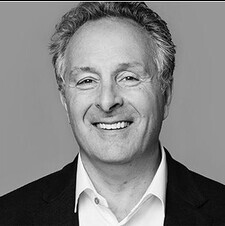 New Rules for a New World