Paul founded Venables Bell + Partners not on “buzz generation”, “media agnosticism” or “content creation,” but on a simple notion: do right by people. It has resulted in VB+P attracting incredibly talented employees and first-rate clients including Audi of America, Chipotle, Reebok and 3M. The agency has won a multitude of awards including the Titanium Grand Prix at the Cannes Lions festival, been on AdAge’s A-List of top 10 US agencies, named Adweek’s Breakthrough Agency of the Year, and was included on Fast Company’s Most Innovative Companies list. Paul is a recipient of the Hal Riney Icons of Marketing award, and was named one of the 100 People that Make Advertising Great by the 4A’s. In his free time, Paul and his wife started and lead Tribe Rising India, [triberisingindia.org] a nonprofit that seeks to create generational change by investing in the education of Santal children in West Bengal. 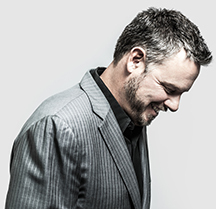