Shelley has gone against the grain most of her career, starting in 2000 when she left the corporate world to pioneer online research. Shelley created OTX (Online Testing Exchange), which in just nine years became one of the largest and fastest growing research companies in the world. She sold OTX to Ipsos in 2010, where she led global innovation in over 80 countries.
As the first female chief executive ranked in the research industry’s top 25, she changed the game, brought emotion and passion to the boardroom and has devoted herself to becoming a mentor and friend to women and leaders in her industry. Her most recent endeavors include launching TFQ Ventures and The Girls’ Lounge, which supports and mentors women to help them stand out with their unique leadership powers and transform corporate culture…. together.
Shelley continues to go against the grain to innovate and stimulate the industry. She is a board member of AWNY, Dress for Success and the Women’s Military Symposium. Shelley 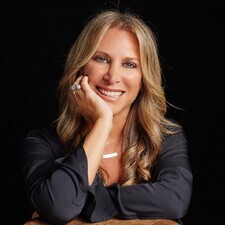 The Coverage Gap: A Step Toward Leveling Visibility and Viewership Disparity in Women's Sports