Jonathan Anastas is Chief Marketing Officer at LiveXLive, where he leads all consumer and trade marketing strategies, campaigns, and programs.

Anastas brings more than 20 years of marketing, digital, and data-driven expertise to LiveXLive. His experience has included both significant brand marketing and agency roles, across video gaming, technology, content marketing, and automotive as well as other categories.

Prior to LiveXLive, Jonathan was CMO of TEN: The Enthusiast Network, launching Motor Trend OnDemand and helping Motor Trend become a YouTube billionaire. Additionally. Jonathan helped lead the company's rebrand and eventual sale to Discovery Communications in 2017, where it was merged with Velocity.

For five years, Anastas was VP, Global Head of Digital at Activision, where he led social and digital marketing across the company’s brand portfolio. He helped Call of Duty reach total franchise sales of more than $10 billion dollars and achieve the number one game sales spot annually. Anastas also contributed to Skylander’s launch and its more than $4 billion in sales. During his tenure, the Activision marketing team earned four Effie awards in three years, including the Grand Effie and multiple Cannes Lions. 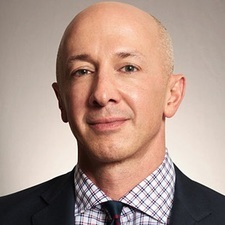