Dan Altmann is the CEO & Co-Founder of WeBuyGold, a social-video network centered around the intersection of animated content and merchandising on mobile. The company’s investors include Disney and Greylock Partners.

Naritiv was named one of the World’s Most Innovative Companies in Video by Fast Company alongside media and tech leaders including Facebook, YouTube, Disney and Hulu and also placed on the 2017 AdWeek Gen-Z Power List in the “Content Guru” category alongside Activision and Disney Channel.

In 2017 Dan was named to the prestigious Forbes 30 Under 30 List as well as one of 10 named to The Wrap’s Hollywood Disruptor’s List alongside James Corden and the founders of A24. He was also named to LinkedIn’s Next Wave List of the top marketing and social media professionals under 35 in 2016. 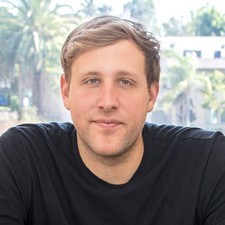