Ken Auletta has written Annals of Communications columns and profiles for The New Yorker magazine since 1992. He is the author of eleven books, including five national bestsellers: Three Blind Mice: How the TV Networks Lost Their Way; Greed And Glory On Wall Street: The Fall of The House of Lehman; The Highwaymen: Warriors of the Information Super Highway; World War 3.0: Microsoft and Its Enemies; and Googled, The End of the World As We Know It, which was published in November of 2009. His other books include: Backstory: Inside the Business of News; Media Man: Ted Turner’s Improbable Empire; The Streets Were Paved with Gold; and The Underclass.

Auletta was among the first to popularize the so-called information superhighway with his February, 1993, profile of Barry Diller's search for something new. He has profiled the leading figures and companies of the Information Age, including Google, Bill Gates, Rupert Murdoch, AOL Time Warner, John Malone, Harvey Weinstein, and the New York Times; he has dissected media meteors that fell to earth like "push" technology and inter-active TV, probed media violence, the PAC giving of communication giants, the fat lecture fees earned by journalist/pundits, and explored what "synergy" may mean to journalism. His 2001 profile of Ted Turner won a National Magazine Award as the best profile of the year. He covered the Microsoft antitrust trial for the magazine. In ranking him as America's premier media critic, the Columbia Journalism Review concluded, "no other reporter has covered the new communications revolution as thoroughly as has Auletta." New York Magazine described him as the "media Boswell."

In another life, Auletta taught and trained Peace Corps volunteers; served as Special Assistant to the U.S. Under Secretary of Commerce; worked in Senator Robert F. Kennedy's 1968 campaign for the Presidency; was Executive Editor of the weekly Manhattan Tribune; was state Campaign Manager for Howard J. Samuels, helping him lose two races for Governor of New York; and was the first Executive Director of the New York City Off Track Betting Corporation.

Starting in 1974, he was the chief political correspondent for the New York Post, then staff writer and weekly columnist for the Village Voice and Contributing Editor of New York Magazine. He started writing for The New Yorker in 1977. Between 1977 and 1993, he wrote a weekly political column for the New York Daily News. He has hosted numerous public television programs and served as a political commentator for both WNBC-TV and WCBS-TV. He has written for numerous publications, written and narrated a 90-minute biography of Rupert Murdoch for PBS's Frontline, and has appeared regularly on Nightline, the News Hour with Jim Lerher, and the Charlie Rose Show. He was the guest editor of The Best Business Stories of The Year 2002, an annual volume published by Random House.

Auletta's eighth book was about Microsoft, Bill Gates and the battle for supremacy in the Information Age. His other books were: The Streets Were Paved With Gold; Hard Feelings; The Underclass; and The Art Of Corporate Success. Of his bestselling Three Blind Mice: How The TV Networks Lost Their Way, Frank Stanton, who was President of CBS from 1946 to 1973, hailed it as "the best book ever written on network television." Before insider trading scandals burst into our consciousness, Auletta captured the ethos of Wall Street in the mid eighties with Greed And Glory On Wall Street, which drew a chorus of praise and was a national bestseller. The New York Times wrote, "A riveting chronicle of the lust for money, power and reputation. Invaluable." The Wall Street Journal called it: "A towering reportorial achievement." And long before the notion was in the air, Auletta's third book, The Underclass, inserted this phrase into our national language, triggering praise from the left and right. "Personal, vivid and irrefutable," wrote Michael Harrington in The New Republic. James Q. Wilson in New York Magazine wrote, "Sympathetic and yet dispassionate... splendid... a call for intellectual honesty and political courage." His World War 3.0, not only prompted a media storm because of the more than ten hours of interviews Auletta conducted with the Microsoft trial judge, but in a review it was also hailed by noted attorney Floyd Abrams this way: "I cannot recall a book written about a complex civil trial that describes it as completely and compellingly... a journalistic tour de force."

His eleventh book, Googled: The End of The World As We Know It, was published in November 2009 and quickly became a bestseller. In narrative fashion, it provides the fullest portrait yet of Google as a company, how it began and has grown into a behemoth. It seeks to probe the "secret sauce" for Googles success. And it shows how traditional media was late to awaken to Google and the multiple ways the digital revolution would disrupt their world, crowning a new King: the consumer.

Auletta has won numerous journalism honors. He has been chosen a Literary Lion by the New York Public Library, and one of the 20th Century's top 100 business journalists by a distinguished national panel of peers. Appearing before the Financial Writers Association of America in 1997, Wall Street Journal Managing Editor Paul Steiger turned to him and declared, "I really think that the kind of stuff you do for The New Yorker is terrific. I'd love to see more of that kind of stuff on the front page of the Wall Street Journal.... I think you set a standard."

For two decades Auletta has been a national judge of the Livingston Awards for journalists under thirty-five. He has been a Trustee and member of the Executive Committee of the Public Theatre/New York Shakespeare Festival. He was a member of the Columbia Journalism School Task Force assembled by incoming college President Lee Bollinger to help reshape the curriculum. He has served as a Pulitzer Prize juror and a Trustee of the Nightingale-Bamford School. He was twice a Trustee of PEN, the international writers organization. He is a member of the New York Public Library's Emergency Committee for the Research Libraries, of the Author's Guild, PEN, and of the Committee to Protect Journalists.

Auletta grew up on Coney Island in Brooklyn, where he attended public schools. He graduated with a B.S. from the State University College at Oswego, N.Y., and received an M.A. in political science from the Maxwell School of Citizenship and Public Affairs at Syracuse University. The State University of New York awarded him a Doctor of Letters in 1990, and in 1998, he gave an address at the inauguration of Deborah F. Stanley as President of Oswego State University. (You may read the text of that speech here.)

He and his wife and daughter reside in Manhattan. 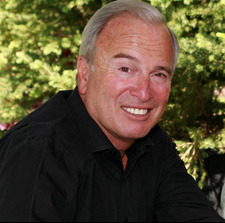