Sue is Chief Revenue Officer at VIOOH, the automation and programmatic platform for DOOH. Her responsibilities include building partnerships with key trading desks and DSPs and driving demand from agencies and advertisers.

Sue has extensive experience in the digital advertising industry, beginning her career with media owners Yahoo! and AOL before moving into ad technology and making an early transition into programmatic, with DoubleClick, in 2008. She ran the Yahoo! ad exchange (Right Media) from 2010 to 2013, followed by time at Tremor Video and in recent years as a programmatic consultant for companies such as Rubicon Project and MailOnline. 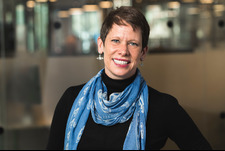