Danny Fleet is a highly experienced producer who has made all
kinds of commercials and video content with most of the major
advertising agencies in the UK as well as many more in Europe
and North America. Among the countless brands he has worked
with are Coca Cola, Budweiser, Google, Virgin Media, Fiat,
Samsung and Adidas. As founding partner and MD of commercials production house Hotspur & Argyle,he pioneered the development of filmed content for the web and has produced some of the most successful viral campaigns of the last ten years for clients such as the Everyman cancer charity, Nike, Burger King and Adidas. He has also produced mobile programmes for O2 and 3 Mobile. Danny has sat on the Internet Advertising Bureau Video Council, the Advertising Producers Association Council and has been on jury selection for BAFTA. 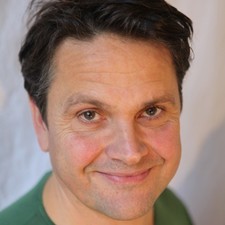 Clients Going Direct to Production Companies: What You Need to Know to Make A Success Of It