Will is a creative leader, a designer, an entrepreneur, and a mentor whose interests lie in ideas, design, film, culture, technology and communication.

In 2001 Will co-founded Holler, then a fledgling agency consisting of two cocky upstarts. By 2015 it had grown into a multinational proposition, with 90 talented people in London's flagship, having picked up numerous accolades and awards over the years and recently being honoured as BIMA's Agency of The Year.

As Chief Creative Officer of social video studio Brave Bison, Will is at the forefront of multi-platform channel building in categories such as sport, entertainment and sustainability as well as leading branded content relationships with the likes of Shell and P&G across the UK and APAC. As a top 10 global media owner Gen Z makes up a huge segment of Brave Bison’s audience. 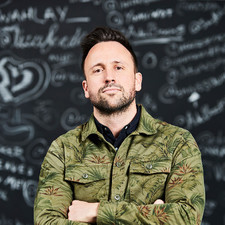