Jimmy Carr is an award-winning comedian, writer and television host.

Among the most-respected and best-loved comedians working in Britain today, Jimmy is one of the biggest selling live acts in UK comedy, constantly performing to sell-out crowds across the country. His most recent live show, The Best Of, Ultimate, Gold, Greatest Hits Tour, saw him perform to half a million people worldwide. 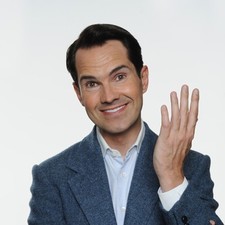 The Quality Street Gameshow: Why Not All Digital Media is Equal