Alex Mahon is CEO of Channel 4, which is publicly-owned and commercially-funded with a statutory remit to deliver high quality, innovative, alternative content that challenges the status quo.
She was previously CEO of Foundry, the leading design and visual and 3D effects software firm under it’s ownership by Hg Capital.
Before Alex moved into technology, she spent 15 years running creative production companies. She was CEO of Shine Group, which during her tenure grew into an organisation with 27 creative labels in 12 countries. She also worked at Talkback Thames, Fremantle Media Group and RTL Group. She started off as a PhD Physicist and then an internet consultant at Mitchell Madison Group.
Alex is a supporter of the creative industries and has been Chairman of Royal Television Society Programme Awards, Non-Exec on the Edinburgh International Television Festival, and a member of the Government’s DCMS Advisory Panel on the BBC. She is currently a member of the government’s Creative Industries Council. Alex is a passionate and committed advocate for diversity, representation and inclusive workplaces. 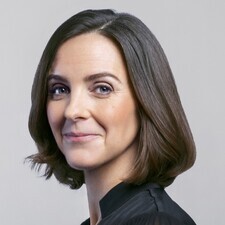