One of the world's top 100 digital marketers, according to The Drum. Victor Knaap joined MediaMonks in 2003. He has helmed the company’s expansion across continents and areas of expertise ever since. Under his direction, MediaMonks grew into one of the most successful creative production companies in the globe, employing over 2500 people worldwide. Their work for agencies, brands, and tech companies has been recognized by advertising and craft awards around the world, winning over 250+ FWAs and 131 Cannes Lions to date.

In addition to his business acumen, Victor’s a sought-after speaker, opinion leader, investor, and philanthropist. He proudly passes his knowledge on to the next generation of digital entrepreneurs and supports initiatives enabling access to digital education. Next to his leadership at MediaMonks, Victor is part of NL2025’s mentoring program, as well as occupying a seat on the advisory board member of IAB NL – the independent trade association for digital advertising and marketing innovation – and a board member of charity Get It Done as well as the UN Global Compact Board in The Netherlands. He is also involved with Dutch Digital Design, the initiative promoting the visibility of the best Dutch digital work. 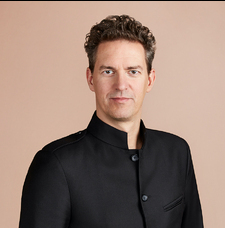