Dino is founder of The Barber Shop, a Strategy-led Media, Creative & Tech company.

Dino was formerly UK Managing Director of Mediahub, part of the MullenLowe group who have been awarded the UK Effie’s Most Effective Agency Award for 2016 & 2017.

With over 16 years’ experience in the media industry working at agencies including the7stars, Rocket, M&B, and Mediacom, he has produced award-winning work for challenger brands including Suzuki, Channel 4 and Eurosport.

He currently sits on the IPA Council and was listed as one of the UK’s Top 10 Media Planners in 2017 by Campaign Magazine and is part of the recently formed ‘Media For All’ diversity initiative. 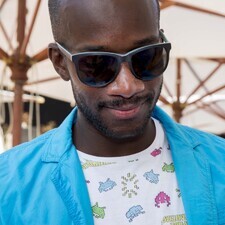 Press Pause: How to enact your own anti-discrimination initiative